On 3rd Oct. 2020, GitLab blocked Iranians’ access (based on IP) without any prior notice! Five days after (8th Oct.), my friend’s account was blocked, and still he doesn’t have any access to his projects! even after creating a ticket and asking for a temporary access to only export his projects! GitLab refused to unblock him! (screenshot in appendix). My friend is not the only one blocked by GitLab; with a simple search on the web, you can find a growing list of blocked accounts.
So I decided to move from GitLab and EVERY Free Software based/hosted/managed on/in the USA.

When it comes to USA policies, Free Software is a Joke :)

GitLab is not the only actor in this discrimination against Persian/Iranian people; we are also blocked by GitHub, Docker, NPM, Google Developer, Android, AWS, Go, Kubernetes, etc. 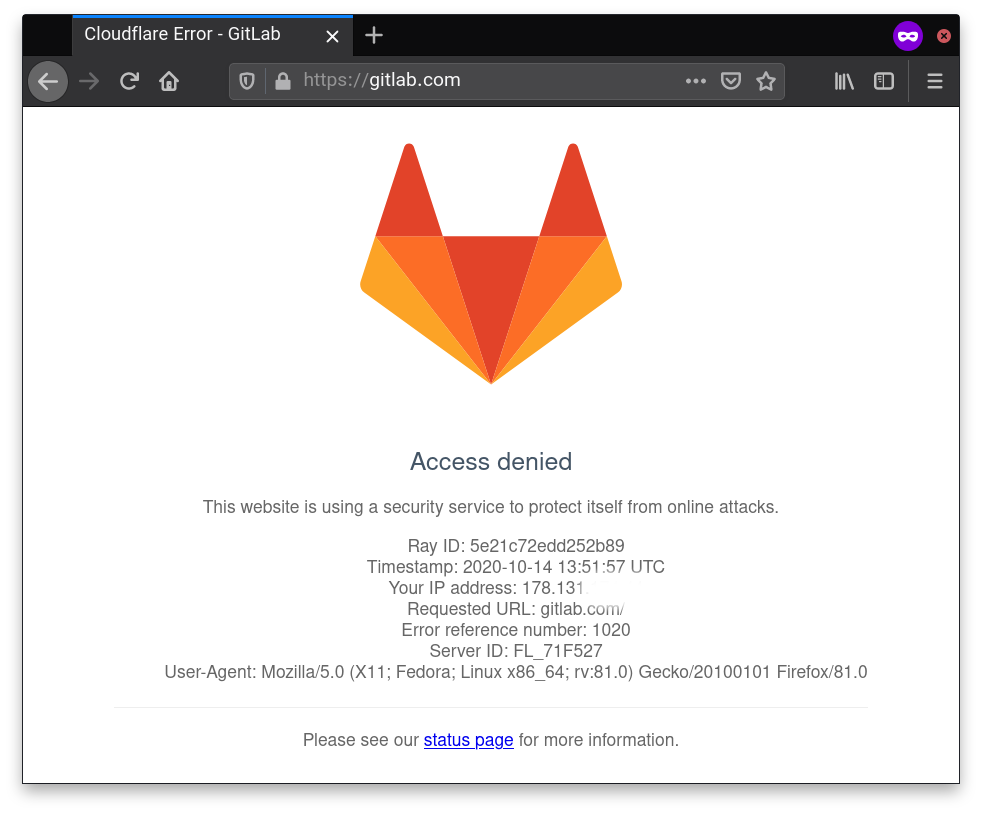 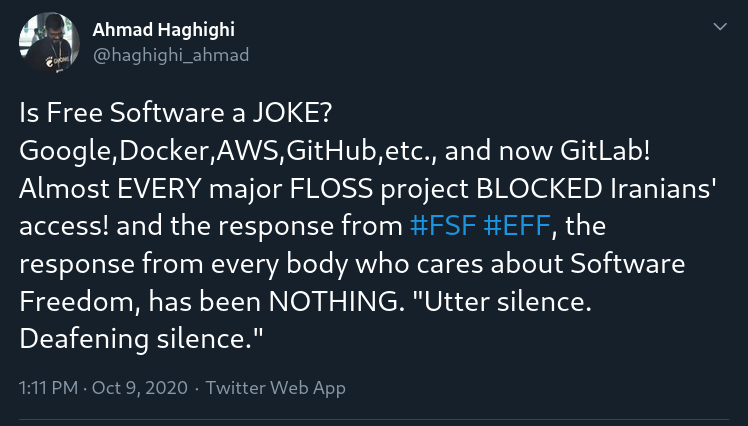 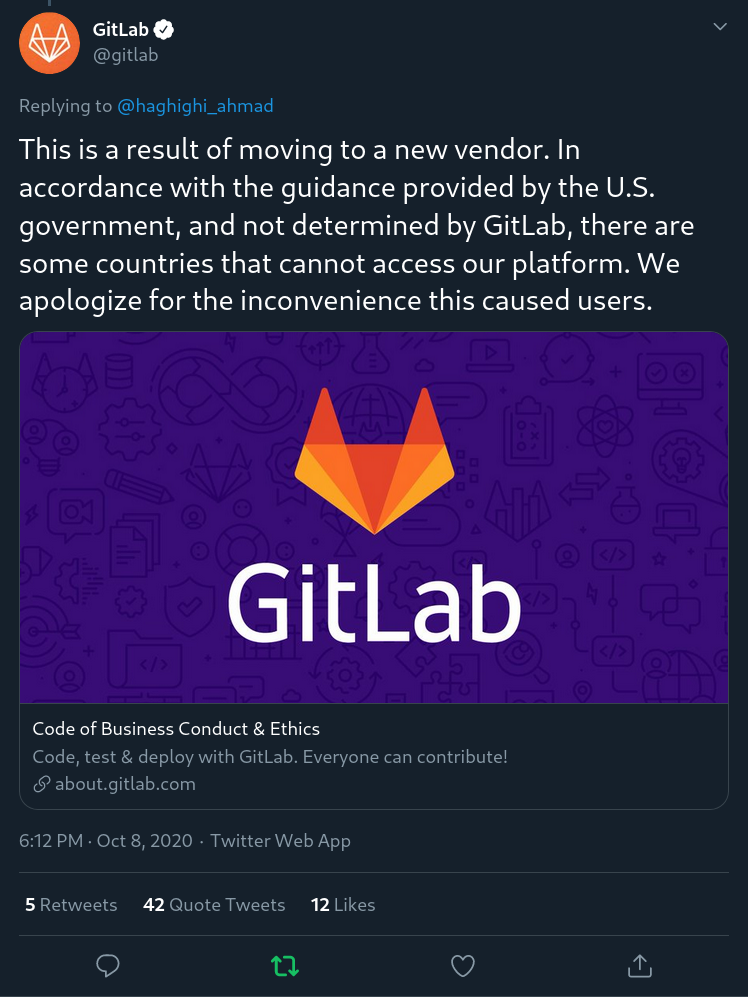 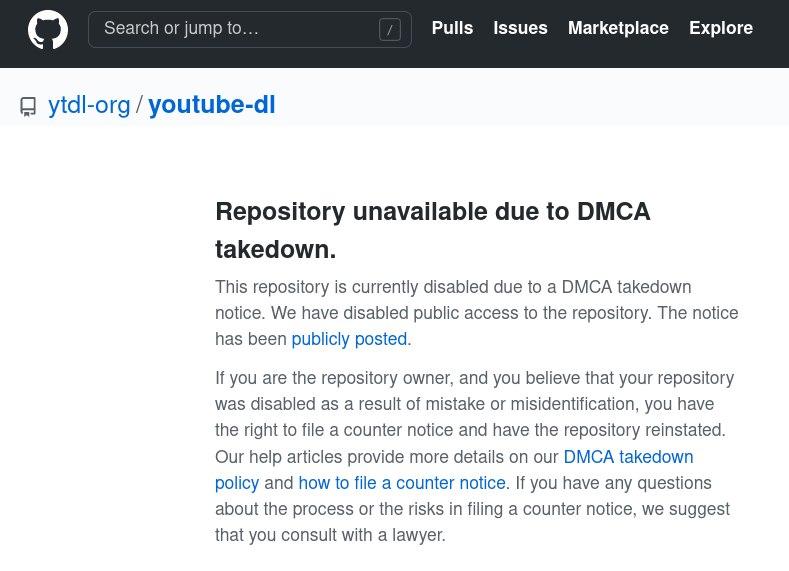 gitlab, floss, discrimination, inequality
I feedback.
Let me know what you think of this article on twitter @haghighi_ahmad or leave a comment below!
comments powered by Disqus
JavaScript license information